In the quiet commune of Lomagna northeast of Milan, the Avila shipyard has been busy manufacturing quality civilian and military boats for the past fifty years. That’s why their bog standard Avila Tuono Type 9 rhib didn’t put up much of a fuss as it smashed the Monte Carlo to Venice powerboat record.

Expecting a team of professional races at the helm? Not so. Alberto Bonin, 41, is an engine and equipment expert with extensive experience onboard a variety of boats. Gianluca Chiari, 30, is an engineer, certified rescuer and free diving instructor, who also has experience in car racing. Franco Chiari, 69 years young, is Gianluca’s retired father.

United in their love for adventure and passion for boating, the team started off from Monte Carlo and flew along the waves around the southern tip of Italy, then back up to Venice. The 29 hour, 45 minute and 39 second run was completed with an average speed of 39.02 knots. The Avila Tuono rhib crossed into Venice on August 7th, undercutting the Under 30ft speedboat record by just a hair over three hours. 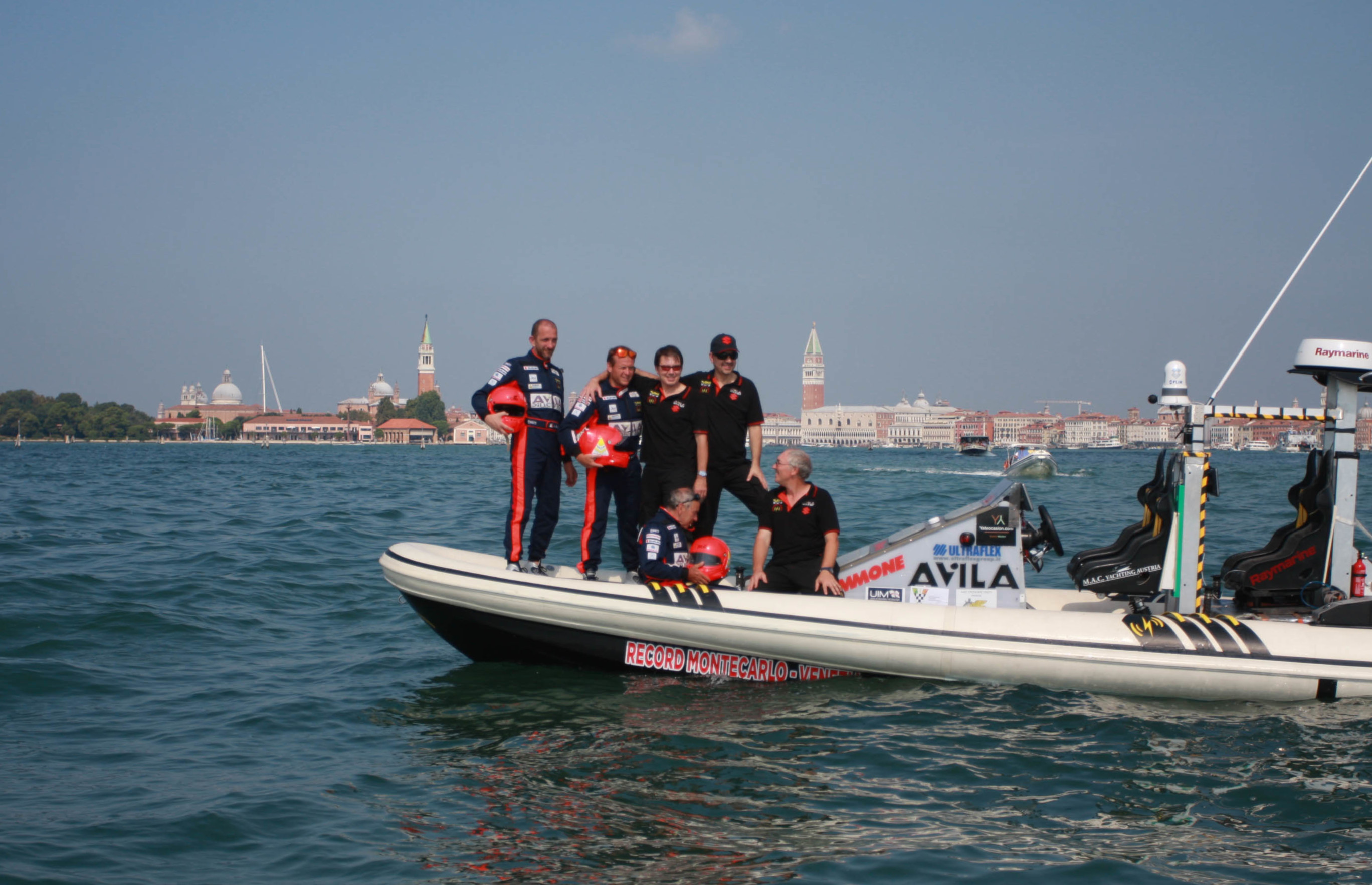 The Avila Tuono rhib was powered by two Suzuki 200HP outboard engines which drove standard Suzuki propellers. The team covered the 1,161 nautical miles of the Montecarlo-Venice using 3,306 liters of fuel, stopping to refuel only once in Roccella Ionica, Calabria. Average consumption was calculated to roughly 2.85 liters per mile, and is considered an excellent figure taking into account that the rhib was moving at maximum speed in variable weather and sea conditions.

During the challenge, Italian marine weather service Navimeteo was constantly in touch with the Avila land-based team, analysing weather patterns and supporting decisions related to the wind/sea conditions, including when would be the right moment to attempt the world record, and what route to follow.

The world record attempt was certified by YB Tracking’s YB3. “YB devices have been used by Navimeteo to monitor the position and routes of many sailing vessels, yachts and superyachts and even tenders.” says Gianfranco Meggiorin, president of Navimeteo. “We strongly recommend YB trackers to all our customers. Thanks to YB’s efficient web interface, Navimeteo Marine Weather Forecasters can monitor the fleet connected to Navimeteo, provide a more accurate forecast and issue any eventual warning or advisory.”